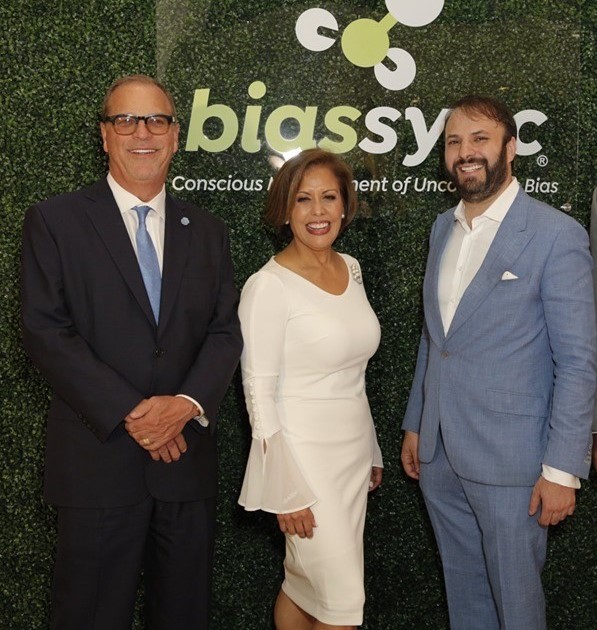 This is the third business I have founded, and I have never been more excited or felt more purpose-driven.

Bias exists on every level. And it’s nearly unavoidable. In fact, because we process about 11 million pieces of information a second, we form unconscious associations about people based on skin color, gender, age and other factors from a very young age.

Bias can also be costly. Take age discrimination, for example. According to a 2006 study, between 1988 and 1995, the average payout in age discrimination lawsuits was $219,000. More recent settlements have cost companies as much as $58.8 million.

That’s why I’m proud to be co-founder and CEO of BiasSync. We use science-based methodologies to help organizations assess and manage unconscious bias effectively, facilitating a fair and respectful workplace.

My passion for unconscious bias comes from firsthand experience. In many industries, racial and gender bias plays a major role in pay disparity.

In the 1990s and early 2000s, when I was in television news   I was paid up to 75% less than my Caucasian male counterparts—even with the same job description and just as qualified. This, along with what we call microaggressions, add up to discrepancies in how people are treated (and mistreated) in the workplace.

To counteract this environment, my BiasSync co-founders and I decided to take a scientific, data-driven approach. We are primarily a tech company—in fact, the first science-based assessment and development software solution designed specifically to help organizations reduce the negative consequences of unconscious bias.

Our mission is to help private companies and public institutions better understand unconscious bias – the missing piece in many diversity and inclusion solutions – so they can implement sustainable and meaningful mitigation strategies. We know that data enables people to identify issues so they can better develop long-term, persistent plans of action to assuage workplace bias.

I realized founding BiasSync would help match science with my television storytelling skills, acquired through my years as a journalist. To engage employees, you must have compelling content. And we don’t want bias training to feel boring—it needs to be relatable. One user called it the “Netflix” experience.

Everything in my life has prepared me for helping found this company at this time. When we change the outcomes for women, people of color, gender-discriminated individuals and anyone who feels treated unfairly in the workplace, we change their career trajectory. We change their financial equity outcome. We act as a positive force on their family legacy for generations.

Visit my newest company’s website and let me know what you think! www.BiasSync.com

Sorry, the comment form is closed at this time.